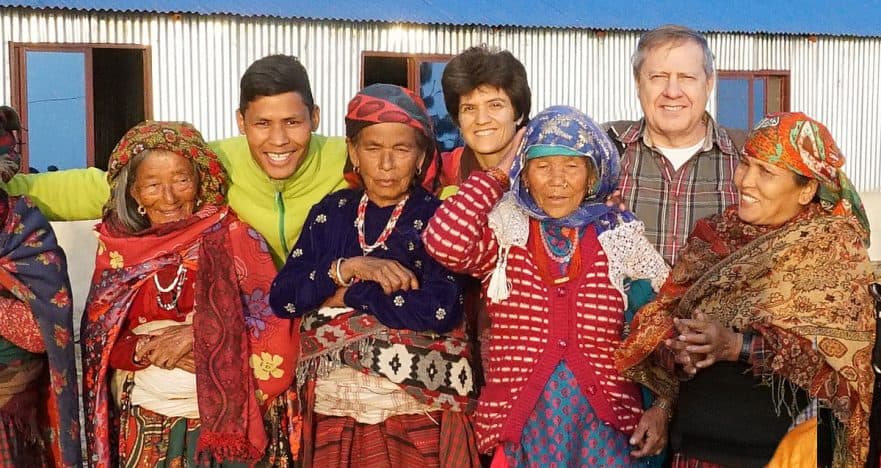 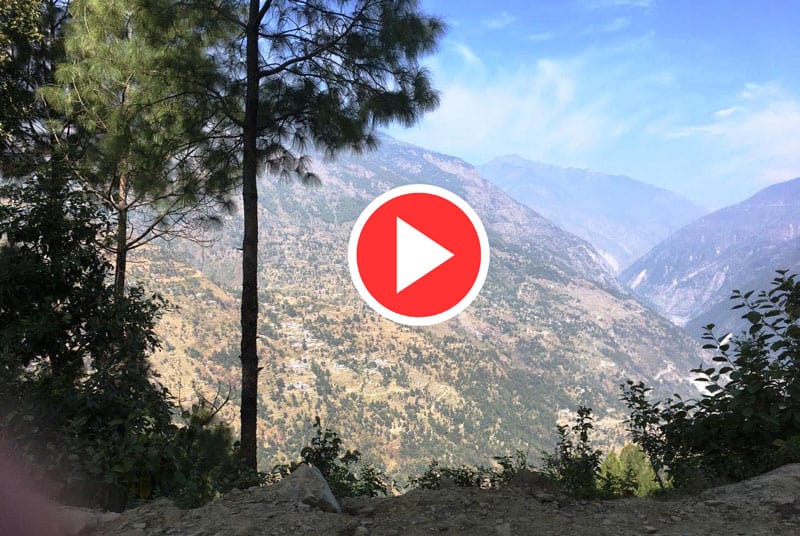 Rocks and dust churned up from beneath spinning wheels but the jeep barely moved. The boulder-strewn, rutted and steep terrain ahead would not be conquered with only two powered wheels. The driver took a moment to shift into 4wd. The jeep lurched forward and churned its way up the grade.

Ahead in the middle of the road protruded a boulder big enough to rip out the undercarriage. The driver expertly swerved to put one wheel over the top of it. By gripping the handle over the door, the jolt didn’t add much to my already-sore shoulder. But Shiloh in the middle and Hartaj next to her were too distracted and didn’t see it coming. Hartaj’s shoulder slammed against the door while he simultaneously got squashed by Shiloh who had nothing to hold onto. Only Tom in the front seat appeared unbruised.

But everyone was laughing and having fun! “Sailee, not Shiloh!” belted Hartaj over the din of the engine and spinning tires. “In Nepal you must be called Sailee!” The ever-jovial persona of the pastor, Bible trainer and ex con led the entire jeepload in laughter. As it turned out, Shiloh’s name in Nepali means “bridegroom” or otherwise a boy. A girl saying “Hi, I’m Shiloh” to a Nepali might incite odd looks and the question, “But you’re a girl!”

“Sailee is bride or sister, so we’ll call you Sailee, hahah!” grinned Hartaj.

“It’s about a boy that had to go to a far away country. He is missing his sailee!” commented Hartaj. “We need to find a sailo for sailee!”

Shiloh was quick to reply, “Oh I already have my sailo! His name is Brian! But if I look young enough to be unmarried, I accept the compliment!”

Wild cheers from the back, after which the singing gained new gusto and a few more decibels.

Shiloh in the Himalayas

The serenade dwindled when a fork in the road brought us to an abrupt halt. The driver gazed into the rearview mirror and shouted some Nepali. Adit’s long frame shot forward over the back of the middle seat to peer through the front window and get his bearings. Two years ago when the devastating earthquake hit Nepal, TellAsia sent some funds for relief. Adit coordinated the distribution, bringing life-saving truckloads of rice and other supplies up treacherous mountain roads to earthquake victims that no one else was reaching.

Adit came from a wild background. At 13 he organized a gang and started beating people up. Once while protecting his friend he got stabbed in the abdomen and survived a three day bus ride to get to a hospital. At 16 he became a professional soccer player and traveled all over Nepal, India and other nations. But he also continued to express anger with physical violence.

At 21, through the patience and love shown him by his high school hostel warden, he had a dramatic change of heart and committed his life to Christ and to serving and loving others instead of hurting them. He organized 24 hour prayer, donated blood regularly and mobilized others to do the same, and rallied his townspeople to support the political party which is favorable to Christians, and led a youth ministry. When the funds TellAsia sent for earthquake relief had all been utilized, he organized a soccer tournament to raise more. Somewhere along the way he broke his leg three times in the same place, thus ending his sports career. 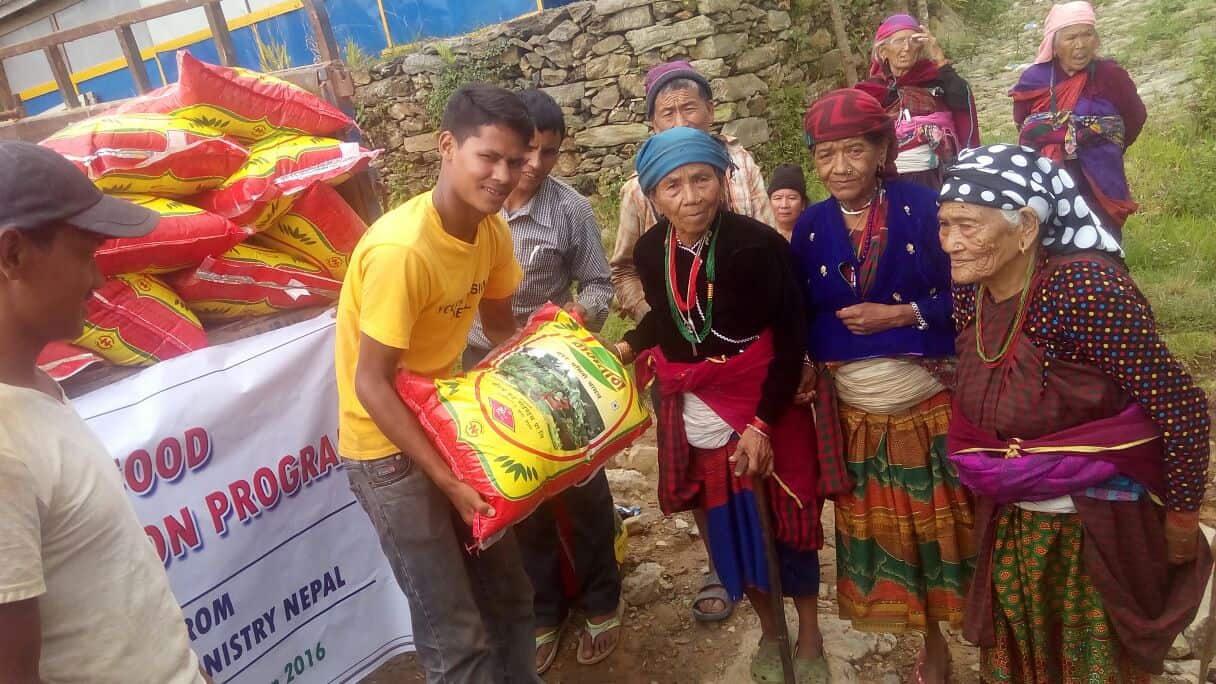 Most recently Adit coordinated our first network conference, mobilizing leaders from 65 of Nepal’s 75 Districts to make the long journey to attend. Now at 24 the former gangster sports star is ravenous for the Word of God, compassionate, constantly serving others, and full of vision to bring God’s love to his nation. “God is help me change my life,” he says. “I want to be reflect of Jesus.”

His trip up this mountain with a lorry full of rice occurred two years ago. “When I come for earthquake, that time no road!” he said. “Some place mountain cave in. But road is good now.” A had made this comment about four hours ago when we left the pavement and started what the rest of the world calls “off-roading.”

But new “road” also meant changed road. Adit and the driver dialogued in Nepali about which path to take, but I couldn’t understand much. While I can handle a good bit of Hindi, I am almost entirely helpless to follow a string of this supposedly similar language. Native Hindi speakers seem to follow Nepali just fine, but I find it akin to having ten balls pitched at me all at once. So in between holding my iPhone out the window to capture footage at the risk of dropping it off a cliff, my list of Nepali – Hindi – English words grew longer.

Within a few seconds the natives had decided which way to go and on we churned, up, around, up, down, up and up. At one point Adit pointed to a village on a mountainside that appeared about 5 mn away and said “That where we go.” But an hour later, we still hadn’t arrived. 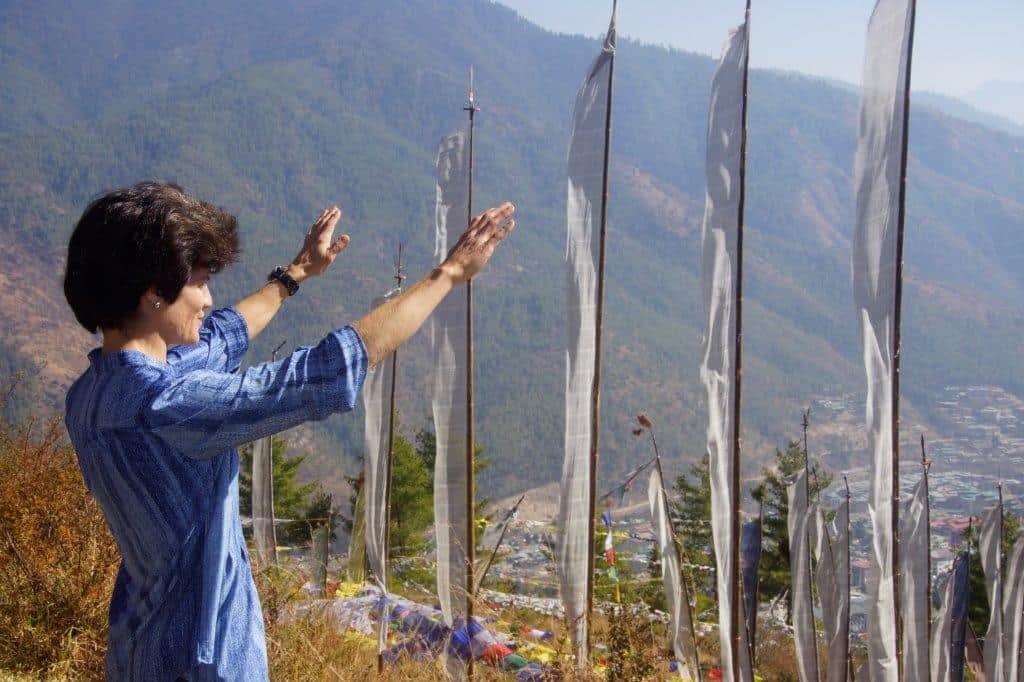 Leanna praying over a Himalayan city.

At last we bumped and jolted into the village of Candri. When asked the directions back to Kathmandu, Google returned a message I’ve never seen before: “Can’t find a way there.” Six grueling hours had brought us a total distance of only 65 miles!

Around a hundred villagers awaited our arrival and were just finishing a chicken curry lunch provided by funds Adit had saved out of what TellAsia had provided for the conference. The church in this village had collapsed in the earthquake, thankfully not injuring anyone. Down the mountain a few hours, passed on our way here, a church had collapsed killing 17 from Hartaj’s organization. “I would have been in that building and maybe died too,” he reminisced, trembling. “But a few days earlier I had an accident and broke my arm.” Hartaj went on to say, “That was a tragic day. We lost our leader. He had a great vision to serve this nation. But now he’s dead.”

“But you aren’t dead!” I exclaimed. “God saved your life for a reason. YOU are the new visionary leader! You will lead the vision now!”

The new Chandri Village church was roomy and wisely built of tin instead of brick. Around ten years ago these hills were steeped in fear of demons and superstitions. When Pastor Dhonu began to preach the Gospel 26 years ago, the villagers viewed Christ as a threat to their traditions. People from all the surrounding villages came together and conspired to kill him. He found himself being hunted by a mob of 6,000 people! They demanded his death. But after they beat him and destroyed his house and belongings and threw him in jail for three days, God miraculously delivered him. Today each of the villages which had formerly opposed him has a thriving congregation liberated from fear and full of joy.

Pastor Dhonu honored his guests with wreaths of marigolds. In rhythm to the praise and worship music, Hartaj started up a dance in back with some of the children. Then our board member and I preached, and Shiloh took pics and prayed for the sick. Many people were still suffering from injuries acquired during the earthquake. We also prayed for a bedridden lady with an infected leg. Simple antibiotics would cure her but up here there’s very little access to medical help. 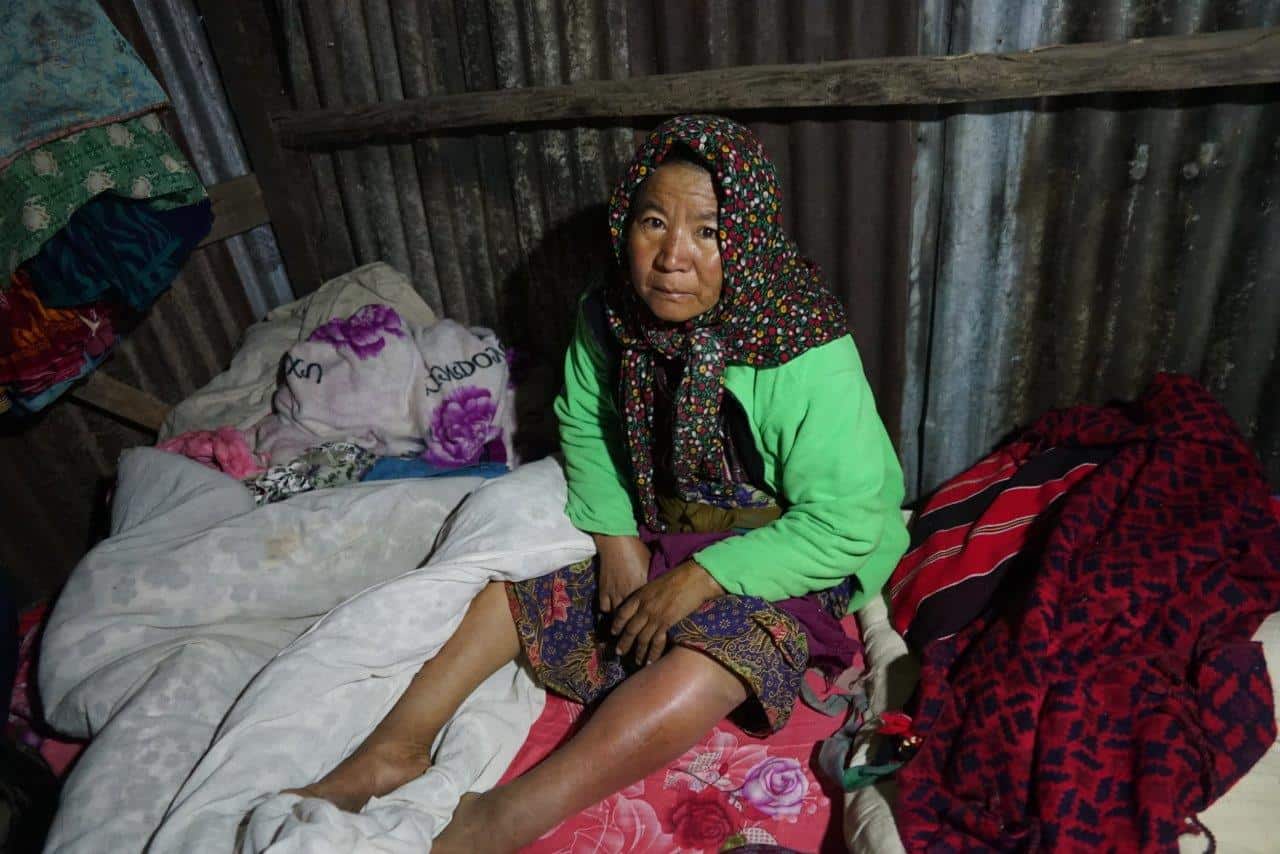 It was dark by the time we set out back to the city. Our aging driver, we soon learned, had poor night vision. 12+ hours in a single day of sitting in a bouncing, jolting, swerving jeep taught us a valuable lesson: Next time, we’ll plan to stay overnight in the village!

But 65 miles from Kathmandu isn’t very far from the city. Some leaders who attended our conference a few days earlier traveled FOUR DAYS by bus! For others we provided a flight ticket. I interviewed many of the leaders and was amazed at the self-sacrificing commitment of those working in the remote areas. Some of them work in a shop for two weeks per month, save some money, then set out walking into the hills for two weeks to reach the most needy people.

In the New Year, what faith step will you take on behalf of God and others?

Will you take a step of faith this New Year?

Take action on something the Lord has shown you must be done. By faith, do that which you can toward an impossible goal. This faith step shifts you into the place of the miraculous, where God fulfills His promises.

You can be a part of

transforming lives in India, Nepal and beyond.

Shipping To be calculated

Powered by WP Stripe Cart.
Loading...
Back to cart

Thanks for your order!

We just sent your receipt to your email address, and your items will be on their way shortly.

It looks like your order could not be paid at this time. Please try again or try a different card.