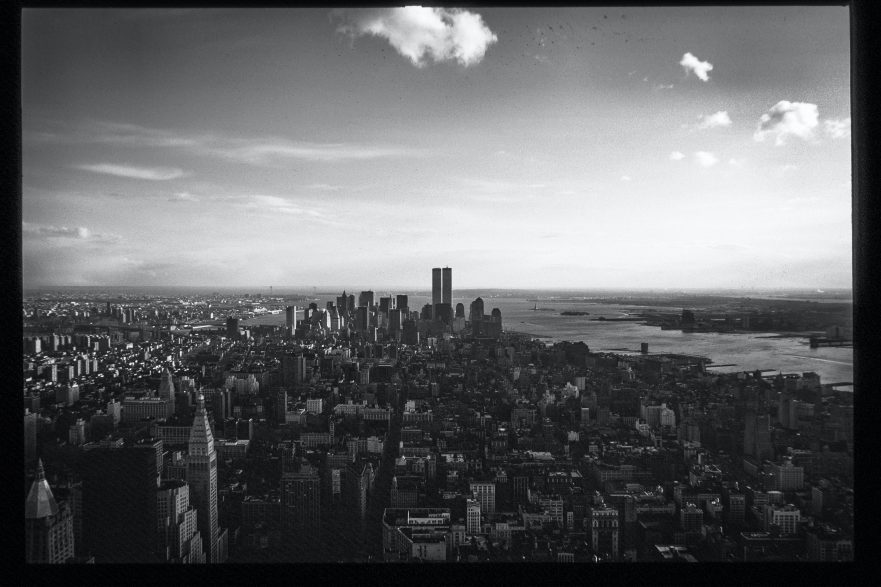 “I wish it need not have happened in my time,” said Frodo.
“So do I,” said Gandalf, “and so do all who live to see such times. But that is not for them to decide. All we have to decide is what to do with the time that is given us.” ― J.R.R. Tolkien

If ever there was a time when the world hangs in the balance between destruction and awakening, it is now. We stagger toward the end of a year that most hope soon to put into the forgotten past. We hope to leave pestilence behind, along with these irksome masks. Some still cling tenaciously to the hope that our nation will not be flung upon the path that led to the collapse of every ruined empire.

But whether the negatives of Year 2020 follow us into 2021 or not, the opportunities created by this year will certainly carry forward! Let us “decide what to do with the time that is given us” for the dark night is an opportunity for the light to shine brighter.

We may ask what the future holds. But the future holds only what those to whom it is given allow. In whose hands lies the future? God’s of course. But who are His vice-regents of planet Earth? Those who are “called and chosen,” those who comprise a “holy nation, a chosen generation,” the “sons and daughters of His Kingdom.” Those who are “born of the spirit,” who pursue righteousness and truth, walking not according to the law of unrighteousness but the law of God’s Spirit. To them is given the “keys of the Kingdom” – a Kingdom which supersedes every human government. The government of the King who is above every president and prime minister, above every billionaire and rioter, above every corruption and and lie.

The time we are given is a time to engage with our world and play our part.

“Regret not your attempt at laying siege to darkness, matter not the endeavor’s apparent futility. You may only be a small light passing through, but groping multitudes now seeing the way, will reach the dawn.  ― Leanna Cinquanta

Don’t draw back even though darkness may press in. Drive forward. You have been granted stewardship of the planet, the high calling to align human society with His will. This is the meaning of “discipleship.” Wherever you go, you’re discipling somebody and something. The people around you see your example. They know who you represent. They hear your words. Every moment is an opportunity to make a difference – to guide people nearer the Light or farter from it.

I am an equestrian – years ago professionally, now just for fun. Every time you are around a horse, you are either training or un-training him. If the horse is permitted to misbehave one time, he will try harder next time to do the same and the interaction of human and animal will enjoy diminishing peace! The two will constantly be in conflict. However if you assert clearly at the outset that you are in charge, the horse learns to trust and follow your lead. From then on – so long as you maintain your superiority – the relationship is joyful, peaceful and pleasant.

You are discipling the world around you. Of course that starts with people. Any time you’re around another human being is an opportunity to be Christ to them – to love, honor, counsel, guide, and offer the Light of salvation. But you are also influencing in the unseen realm, provided you are a citizen of the Kingdom of God. By having entered through that narrow gate, by faith in His Champion who overcame the powers of death and evil through His resurrection victory, you now carry power! You walk as His vice regent on Earth. You are a standard bearer of His love, hope and truth.

WHEN DARKNESS PRESUMES TO CAST OUT DARKNESS

Sometimes being His standard bearer in a world which is largely deceived is dangerous to your otherwise peaceful earthly existence. We never believed we’d see the day when people in the USA who speak out on what they perceive to be the truth, are arbitrarily silenced, censored and shut down and then their reputations are attacked. We are on the brink of the very Communism that destroyed countless nations before us.

This is not the America I grew up in.

We stand for truth, for righteousness and for Biblical freedom. Biblical freedom is freedom with responsibility. There are many nations which have little freedom. You can’t speak certain things, you can’t believe certain things, or else you will be punished. Punishment is dealt either by the government or by its unlicensed henchmen, the local mobs who benefit from collusion with the government’s agenda of equalization. We’re heading that direction. Just look at the censorship going on. This is unheard-of outside of the Communist world.

CYRUS AND THE CITIZENS OF GOD’S CITY

“I do not love the bright sword for its sharpness, nor the arrow for its swiftness, nor the warrior for his glory. I love only that which they defend.”
― J.R.R. Tolkien

2 Chronicles 36:14 –“….the leaders of the priests and the people transgressed more and more, according to all the abominations of the nations…” Our land has for many years been departing from our mandate and our calling as a “nation under God.” Like Israel, we are held to a higher standard. While we have done immense good in the world, at the same time we have gradually departed from the ways of God upon which we are founded.

V 7 – “Therefore He brought against them the king of the Chaldeans, who killed their young men…. had no compassion on young man or virgin” Gender confusion is killing our young generations. “…on the weak.” The weakest member of our community is the unborn. The second weakest person is the one who, led astray and deceived by the voices of error to which they listen, attempts to deny his or her natural identity, the beauty of who he or she is as “made in the image of God,” and instead make himself or herself something he or she was never meant to be.

V 19 – “…they burned the house of God, broke down the wall of Jerusalem, burned all its palaces with fire.” The wall of a city is not only its protection but also its identity. The presence of God in its heart represents the government of God’s kingdom, righteousness keeping the city in alignment with God’s will through which the city will be blessed and protected. To the extent that a nation rejects God as her moral and spiritual rudder, and departs from His ways, to that extent her wall is broken down.

V 22-23 – “…the Lord stirred up the spirit of Cyrus king of Persia….(God) has commanded me to build Him a house at Jerusalem which is in Judah.” In recent years, we’ve had a government that has attempted to rebuild some of what was lost in this nation. Israel was honored. Peace in the Middle East experienced unprecedented advances. Isis which had been wreaking havoc was quelled. Our borders were secured. Legal immigration was celebrated. Prayer was legalized again in our schools, and the life of the unborn was defended. Steps were taken to restore God and His law of life as the guiding light of our nation.

V 23 – “Who is among you of all His people? May the Lord his God be with him, and let him go up!” Notice, Cyrus didn’t do the work. He made the way for it to occur and then he called upon THE CITIZENS OF THAT CITY to go forth and to do it!

Whatever “king” ends up on our “throne” in January – whether by hook or by crook or by honest voting – the ball stops with the PEOPLE of the land who hail to the King of all Kings, whose throne must again be established in the center of our land. “Oh but there are many churches and a strong Christian community.” That is all good but we are not CENTRAL to the land if we are sitting in our churches singing about heaven. If we are convinced our only mandate is to get people to heaven, then we will have missed a big part of our calling. The only time Jesus taught us what or how to pray, He said “pray…Thy Kingdom come on earth as it is in heaven.” We must “study to show ourselves approved a workman without fault” and then let us go forth and “make disciples of nations,” engaging not segregating, discipling people and turning our society back to righteousness and truth.

Our Cyrus has opened the door. Now it is up to us, moving in obedience to our Lord who desires to rebuild the wall of our city – the protection and identity that comes from alignment with God’s will. He does not will that the powers of darkness should overrun our land and the world. But the carrying out of His will has been delegated to His emissaries. We are His hands and feet. The stewardship of this world doesn’t belong to the devil, but to the citizens of the Kingdom. Let us not only preach the Light in cloistered inner circles, let us BE that Light manifested in society. You may only be a small light, but your light overcomes the night.

Leanna Cinquanta is a published author, motivational speaker and founder of WIN (We Ignite Nations) and WIN Life.