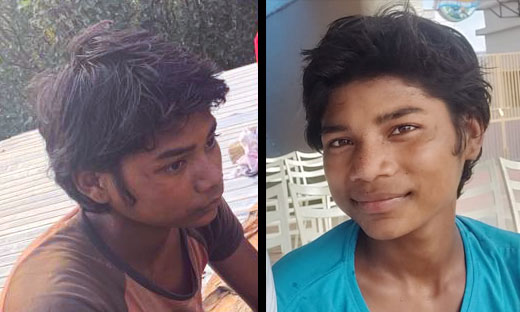 Heading for South America tomorrow 🙂
This summer I’ve been compelled in my spirit to complete a book I started three years ago, but shelved due to… well, someday I’ll publish it, and you’ll read it, and then you’ll know! Anyway, it dawned on me to do some vlog posts around one aspect of this fascinating and potentially world-transforming topic… though the seriously fascinating part will only be disclosed in the book, once it’s published!

So here we go – a fun little first session on something that, for now, I’m calling TRAILBLAZERS!

It’s been a great spring and summer, I hope your spring and summer were as fun and crazy, maybe not quite as crazy as mine were! Here’s some pictures from my summer and spring – out in some wild, crazy nations teaching and ministering, and in some wonderful places like Washington, DC and California. And of course, I had some fun with my horse in the summer. That’s the time to do my horse and take some “Sabbath.” But I’m back into my blog, er, vlog. And I hope to do it a little bit “live” style. So it’s kind of fun!

A really good example of a shaliach is Eleazer, in the story of Abraham in Genesis 24. So Eleazer was basically a slave in the house of Abraham. But he was such a faithful person, and he faithfully served and he was someone that Abraham entrusted with his entire estate. Even Eleazer or would have inherited Abraham’s wealth, if he hadn’t had Isaac. But then Isaac came along. And Eleazer was not bitter about that, he was still faithful. He faithfully served his master Abraham, to the extent that when the time came for a wife to be taken, a wife to be found, or Isaac, Abraham entrusted Eleazer with that very important task. Why was it so important? Because Isaac was going to be the line to the Messiah, and his wife would be the mother of that line to the Messiah, the Christ.

So Eleazer had access to all of Abraham’s wealth so he took the camels that Abraham had, and he took some other servants with him, and he went to another land, which was actually one of the places Abraham had come from. And he went there and said “God, how do I know the right woman to be Isaac’s wife?” In those days, God didn’t just talk to everybody. But he talked to Abraham in a very intimate way. As soon as Eleazer was sent on this mission, God talked to him the same way as he had talked to Abraham, and he said ok, whichever woman comes out of the village and offers to water that camels. That’s a lot of work, that would prove that she has a servant heart. And so here comes Rebecca out of the city, to waters the camels.

Her family welcomes Eleazer into the house, just like they would have honored and welcomed Abraham, because they recognize that Eleazer is Abraham’s shaliach, he is representing Abraham. Rebecca is very happy, she comes with him and rides on the camels and goes from this land of idolatry. This was a land of darkness. It wasn’t the land that God had promised. She leaves that place of less than God’s best. She goes with the “sent one,” into her best, into her Promised Land and into God’s will for her life.

This is a beautiful picture of how we are sent to people who are enslaved in dark places, or people who are in bondage in any way. That may be people in poverty, the person across the street that’s looking for hope or looking for a friend. And there’s different ways that each one of us is sent as God’s “sent one,”

Now let me tell you another story. We just rescued a young boy from slavery. This was a couple weeks ago. My organization, TellAsia, does ministry and works in the remote areas. We have a native person in Nepal, who is authorized by us, and he’s equipped by us, we provide the resources. And so we found out about this boy that had been trafficked and taken from his home. He didn’t have a father and so his mother was in deep poverty. This person trafficked him from Nepal by force blindfolded into India. And then they took him into the mountains and sold him as a slave to work in the apple fields. In this picture, you see the man and wife that have bought him as their slave. They were forcing him to carry 45 pound boxes of apples up the mountains, sometimes 50 boxes a day. When he couldn’t carry the apples, they would slap and abuse him. Our native leader Amar found him. Just look at his face, look at the sadness and the trauma and the hopelessness this poor boys face. But because our native leader had the authorization behind him, because we had authorized him, and also the Nepal government had authorized him. We provided all the funds he needed to hire Jeeps so that he could take the long journey. In the days of Abraham, they had camels, good we don’t have to ride camels anymore! We hired the jeeps for Amar to go from Nepal into India, and to find this boy and to rescue him.

Now look at the difference in this boy’s face, when he knows that he’s been rescued! He has hope again. Our native leader Amar doesn’t look so good, his hair is messed up, he’s been in the jeep for like five days at this point. But he has rescued this boy out of that horrible situation. And now he’s back with his family safe.

This is how God sends us. He authorizes you! You have the authorization of the King to do great things in this world. And sometimes we are the ones that send others. Maybe you’re the one that’s going to authorize, or going to equip, or who will provide the resources for someone else that goes out there and finds that precious treasure in dark places. But we are all a team doing it together.

Go out there and be God’s shaliach, be God’s trailblazer!

Stay tuned – next week I aim to either post the next video in this series or maybe instead I’ll insert an update on adventures in South America!