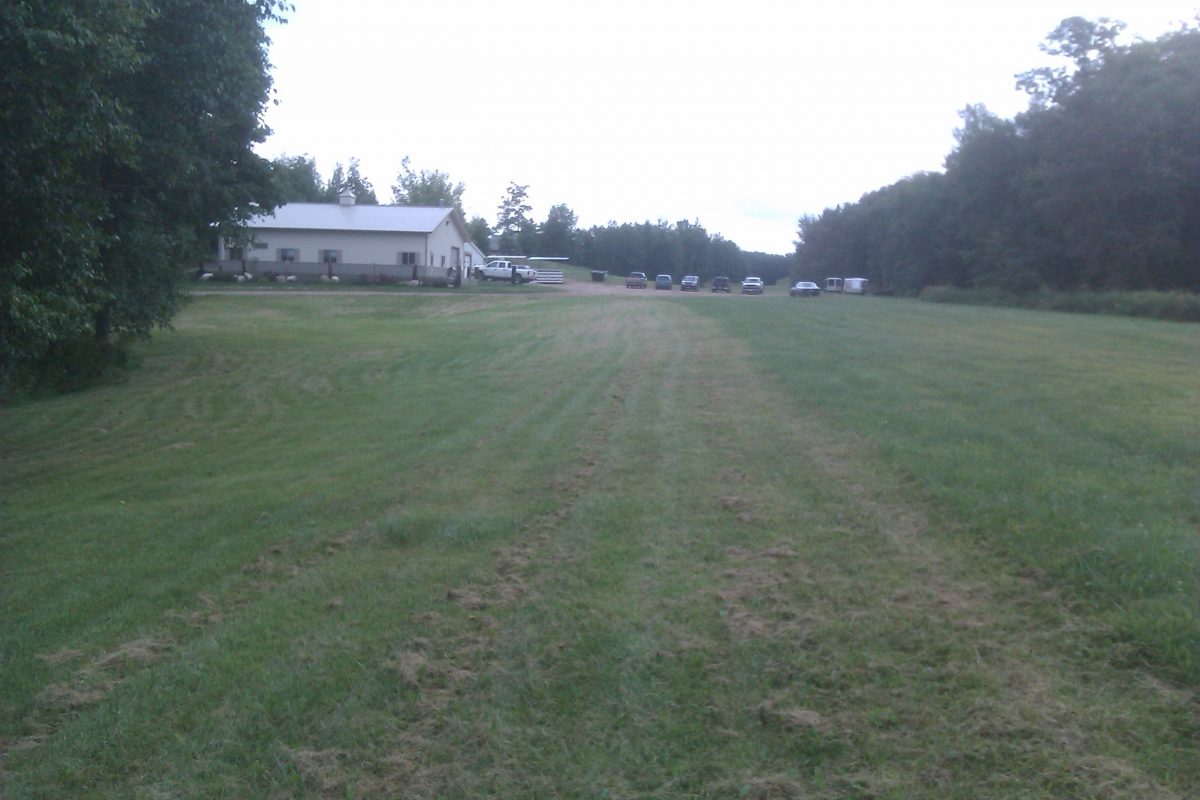 This past week I’ve been in Grand Rapids MN where I lived 25 years ago, at the runway/home of my spiritual father, Dave Cutsforth. Many incredible memories linger though much has changed. The apartment where we used to live in the back of the airplane hangar has been torn out and the location now houses a machine shop. The rock where I used to meditate and copy the scriptures for secret study without the knowledge of my dad is still there but the woods that grew up around it is now a manicured lawn. There are kids who weren’t born when I was here – very scary thought. I don’t feel 40.

Then there’s the big hill where we used to go cliff jumping. I went walking out there to see it and reminisce. On the way I thought, “I am not getting old, and I shall prove it; I shall once more climb to the top of the hill like the good ol’ days and jump off.” But to my dismay when I reached the spot, I found that the hill was no more. It had been bulldozed down into the ravine to make a flat plane with only a little rise to race 4-wheelers… the sport which resulted in the death of Dave’s middle son just a few months ago.

“Halfway down the runway was a big hill that was cut away where the runway passed, creating an almost vertical slope. Since my arrival that hill had beckoned to me, enflaming me with the desire to scale it. Finally one day Kurt and I decided to conquer it. The first challenge was to get on top. We climbed as far as we could go, but then at the very summit the sandy gravelly slope became a sheer cliff about ten feet high with overhanging grass and weeds.

“Let’s try going up the back side,” I suggested. Some younger boys had accompanied us. Leaving them there playing in the sand, we found our way around to the woodsy side. Even the hill itself was nearly vertical and we had to grab bushes and rocks and sometimes had to dig our fingers into the moist earth to claw our way to the top.

Gaining the summit, we shouted with victory. “Hey you there,” Kurt shouted. The smaller boys far below peered up at us for a moment, then yelled “No fair! We wanna come too!” Kurt and I rolled our eyes but they were already on their way trying to follow us.

Now the real fun began. “We haven’t conquered this mountain until we jump off the cliff,” I announced. With that I got close to the edge and peered down, sizing up the distance to touchdown. The sandy gravel below was loose and very steep so after jumping there was the possibility of a nasty tumble if one lost his balance.

“I think we can do it,” said Kurt. Eventually one of us got up the courage to jump down off the ledge. The little boys arrived huffing and covered with dirt from their climb. Soon they also started jumping, or rather sliding on their butt, off the edge.

This was quickly getting far too tame, and I was intent on making it less so. While the others went about their raucous fun of jumping or sliding down off the edge, I backed up into the woods a few steps from the cliff. I paced it a couple of times and then announced, “Watch this!” With a run of about four strides I launched myself out into the air, went sailing down the slope and landed in the sand far below, sliding and tumbling almost halfway down. I emerged from the dust elated and with no more than a little missing skin.

“Whew, that was GREAT!” I shouted up to the cheering troop.

Soon we were having distance-jumping competitions off the cliff, and the hill at the end of the runway became our most popular hangout second only to the trampoline. A correct landing was feet first, and distance covered was judged by where our heels touched down. Sometimes we even added a flip before hitting the sandy slope. An off-balance take-off sometimes resulted in a skewed landing and sandy, bumpy summersaults all the way to bottom. Out-of-control summersaults could be painful because there was an occasional rock in the sand. Oh my gosh, it was total thrills. Parents were endlessly worried about our “cliff jumping” activities but somehow were never able to quite outlaw it since nobody got hurt worse than a minor cut or bruise.

Shipping To be calculated

Powered by WP Stripe Cart.
Loading...
Back to cart

Thanks for your order!

We just sent your receipt to your email address, and your items will be on their way shortly.

It looks like your order could not be paid at this time. Please try again or try a different card.