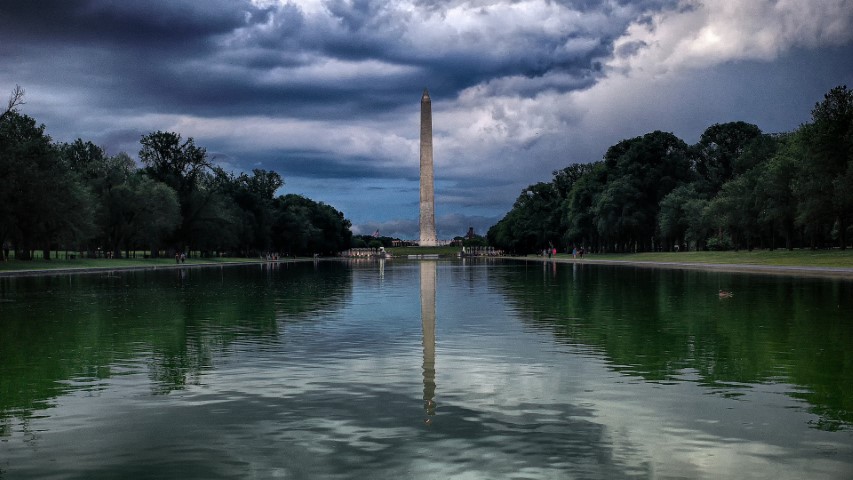 Our nation – and the world – is experiencing one of the most momentous times in history. While the Covid-19 shutdowns have magnified poverty in developing nations, the racial unrest in the US has spilled over to other nations. Meanwhile in India, a nation into which I have invested 20+ years of my life, radical discrimination constantly threatens minority groups and faiths including my own spiritual sons and daughters.

We grieve with the family of Supreme Court Justice Ruth Bader Ginsburg, who at age 87 passed away on Sept. 18 – which happens to be the Jewish Rosh Hashanah or Feast of Trumpets. There is now the opportunity to appoint in her place a judge who will promote life.

The choices that Americans makes in this season could have as dramatic implications as did our decisions two other times – during the Civil War when our nation could have split apart, and WWII when the world could have been overrun by the Nazis. In both of those historic moments America and other nations made the right decision. But in those days we were in many ways more aligned with our roots than we are today.

The world is watching, and the powers of darkness stand poised to pounce while a nation which has halted terrorism, promoted peace, built civilization, and carried Christ’s love throughout the world is bleeding, being torn apart from within. This is not about politics nor is it about political parties. This is a crisis of VALUES, of PRINCIPLES. Will the people of this nation continue to stand upon our foundation – the Bible and a Judeo-Christian worldview? Or will we close our eyes to the lessons of which History tries to remind us, and go the way of other fallen empires, conquered by our own vices? Those lessons tell us a nation’s prosperity and peace lie in its alignment with freedom guarded by truth and Biblical morality. Those lessons warn that a peoples’ ruination lies in the way of rebellion against personal responsibility, in the way of relativism replacing truth, and the exploitation of the voiceless.

The other day a friend named Jace sent me a letter. He recently spent two years working for the Iraqi government and also has served on our Board and worked with us in India. I will summarize but to read his full letter go here.

Jace was in India visiting a village with a pastor. Walking through the narrow alleys between huts, they reached the center courtyard of the village. There, Jace witnessed a heart wrenching sight: A young woman was lying on a bench weeping uncontrollably. Those standing around her could not console her, so deep was her grief. The pastor informed Jace that this mother and her family had been attending a wedding when they suddenly realized their young daughter was missing. After days of desperate searching the girl was never found and it was concluded she had been kidnapped, possibly to become a sex slave.

But another possibility was equally gruesome:   Jace wrote, “In India, many believe that their gods will look favorably on the construction of a building or bridge by the sacrifice of a young child. They do this by throwing a child into the concrete while it is being poured, burying them alive in the foundation. Young children are kidnapped and murdered every year all over India in this ritual sacrifice to appease their gods. The government officials know this is happening and turn the other way allowing it to continue to this day.” It is likely that the weeping mother’s daughter suffered such a fate.

But in our very own nation will we also continue to turn the other way? We allow the atrocity to continue every time we do not take a stand for the life of the unborn or newly born unwanted child. At least the little girl had loving parents who tried to find her and hoped to bring her home safely. But the unborn child – and now, even the newly born – is willfully sacrificed by his or her own parents on the altar of convenience to appease the false god of self.

Jesus made this ominous statement: “Be careful that the light within you is not darkness.” (Luke 11:35) Right now there is such strong deception that well-meaning people think they are representing the light, when the “light” they represent is actually darkness. This is a dreadful thought, and worthy of deep introspection. Paul warned, “Satan himself masquerades as an angel of light.” (2 Cor. 11:14) How can we know the difference? How can we know which is the truth? The media has become the worst deceiver today. (Go here for a fairly balanced media source.) Today, truth is rarely found in a quick Google or Hey Siri search. There is only one way to know truth from error, light from darkness: To know the Word of God. The Bible holds the words of LIFE. When we know the Bible and the heart and character of God, then we know what is light and what is darkness.

A TIME TO RETURN

The ten days between the Jewish Feast of Trumpets (Sept 18-20) and the Day of Atonement (Sept 27-28) are a time of introspection and repentance. Sept 26th – 40 days before the US presidential election – happens to fall within this time period.

These are only a few of the reasons for which I felt led to arise from comfortable, peaceful, beautiful western Colorado and plan to drive four hours over the mountain to Denver, then fly to Washington DC where I hear that violet rioters are a constant threat, to participate in a momentous solemn assembly called The Return on Saturday Sept. 26. Let all of us, no matter where we are, in what nation or in what state, take this opportunity to pray. Whatever nation you represent, repent on behalf of your nation and your people. God desires to HEAL and RESTORE, and He will do it as His people RETURN to Him in prayer, repentance, and alignment with His love, mercy and truth. (2 Chron. 7:14)

I aim to come on Facebook on Saturday afternoon LIVE from the Washington DC Mall area, so you can be a part of the actual event too! Follow us! @WeIgniteNations. See you there… and please, use this time to pray and to ask what part you can play. Don’t be complacent! ALL lives matter! Your influence matters! Your prayers matter! Let us return to our God, embrace His Truths, and allow God to heal our hearts and our land.