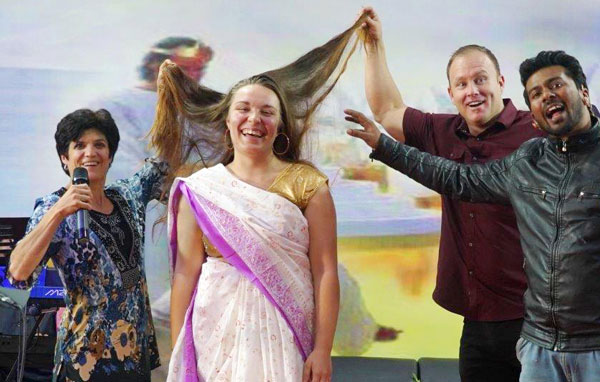 A couple years ago I needed a car and purposed to find my preferred make and model, a Toyota Matrix. I also aimed to spend less than $5,000. An add in Craig’s List caught my eye – $3,000 and only 127K miles, low for a Toyota. Everything else had higher mileage and was going for twice that price so I thought “something serious must be wrong with this car.” Further inquiry revealed the problem; on a snowy day it had skidded into a guard rail and the front bumper was broken and fog lights gone. Amazon had the bumper and lights for total around $250 so I headed up the mountain to take a test drive. Engine looked and sounded good. It drove good. Struts ok. New tires. Single owner –  a family running a cake business needed a bigger vehicle. Cake goop besmeared some of the carpets but that would wash off. I forked over $2,700 and drove her home.

While working on replacing the bumper and fog lights I noticed the white paint was flawed by countless tiny brown specks all over the lower half of the car. None of the cleaning solutions under the sink worked. A rust cleaner from Walmart also failed. Time to ask Google what the heck these things were. A forum enlightened me to the term “rail dust” and multiple posts by auto gurus declared the solution to be found in something called a “clay bar.” Off to auto parts where I paid a mint for it then added lots of elbow grease rubbing the clay thingey around on the nasty specks. To no avail, this “dust” proved indelible. I began to wonder if I’d made a mistake in buying the car. If these rust seeds couldn’t be removed, I might be in for an entire new paint job… and that would be both complicated and expensive!

As a last resort I consulted YouTube. There I happened across a chemical that was supposed to dissolve rust without harming the paint job. In a few days Amazon delivered the potion. The container appeared no different than any common garden or Windex spray bottle. The liquid inside had the look and consistency of water. After careful reading of the instructions, I fired a spritz of it at some of those brown dots, half expecting nothing to happen. Wow, did I get a surprise when almost instantly each brown dot belched out a stream of dark purple. Dissolving oxidation bled from each area of impurity and trickled down the side of the car. Could it really be this easy? I watched the metamorphosis with fascination for a few seconds then sprayed another area. A few minutes later a shot with the garden hose and my once-speckled car became perfect pristine white. After dousing every brown speck I could find and rinsing thoroughly, I applied car wax to protect and preserve the now super-clean and white surface. What proved impossible or extremely difficult with the tools recommended by some, and what threatened to be a costly and time consuming ordeal, was finished in about half an hour once I happened upon the right stuff.

Sin is like rail dust. Humans, and also our cultures and our nations, are marred by it. We purport to be good and clean like the white finish, but we are stained by sin. That sin is not just surface-level but is deeply rooted, corrupting our very core. No external application can cure our malady. No ritual or washing or works administered with enthusiastic elbow grease can remove our impurity, nor the impurities of our cultures and our worldviews. There’s only one thing that can do so. Something must be applied which is able to get under the surface, something must be formulated to attack the disease at the molecular level, destroying it from the inside out, carrying it out and away from us. People posit many solutions; each religion attempts to conquer it. Every moral teaching or ethic tries it’s hand. But in the end there’s only one thing that can take away the rail dust of our souls – the blood of Christ. The pure Gospel, specially formulated, unique in all the world, the only thing powerful enough to turn us white again.

“Jesus is forcing modification everywhere He stands unmodified… We have not been called upon to modify a single thing about him. We are called upon, with deep insistence, to modify our civilization, our church, ourselves — everything, except him.” (E. Stanley Jones Christ of the Indian Road 208-209).

The question asked by theologians, pastors, missionaries youth leaders and Christian visionaries across the centuries has been how to apply that redeeming, washing, cleansing, purifying, saving Gospel to the diverse cultures and peoples of the world. How to bring Him to them in a way that is relevant to their world, that addresses their needs, in a way that they can and will receive rather than reject, in a way that goes deep into their hearts and transforms them from the inside out rather than sitting on top of their souls as a foreign appendage. How to apply that wonder-working Gospel not as a Band-Aid superficially concealing gangrene, but as a balm that draws out the infection and heals the wound.

Well, it’s simpler than we’ve made it. In order to bring Christ into the culture around us, we should be prepared to adapt everything EXCEPT Christ. Our cultural preferences mus be ready to change if we are to reach people who are unlike us. Paul said “I have become all things to all people in order to save some.” When he spoke to Jews he reasoned from the Torah but when he addressed idol worshipers he drew their attention to a redemptive analogy planted right among them – a shrine inscripted with “to the unknown God.” But he never went so far as to change the core Gospel message or to compromise.

TellAsia’s work in Asia follows Paul’s example. We first of all teach that natives, not foreigners, are the key leaders of the work in their own nations (In the above photo, I’m teaching this point to 400 key leaders using a fun, light-hearted illustration). Secondly, we encourage believers to follow their native culture in all respects. They should keep their Hindu names, honor their neighbors by continuing to respect Hindu food taboos, and not change their style of clothing or jewelry. What they must do is to follow Jesus and to give up personal worship of idols. In every other way, they are fully aligned with their native culture.

Hold fast to the unchanging Christ and to the characteristics of righteousness which He taught and demonstrated. And in this attitude, go participate in the world’s activities as salt and light bringing His presence into dark places. As you thus walk in faith and move out on the offensive, you are covered by the power of Christ and no “rail dust” can get on you. Instead, you walk in the power of His Spirit doing His works of righteousness. Your presence and holy conduct are a powerful compound pulling purging impurities. Walk in love and demonstrate peace, power and humility. Thus you will bring conviction, show a higher path, and open the way for those around you to be cleansed and purified.