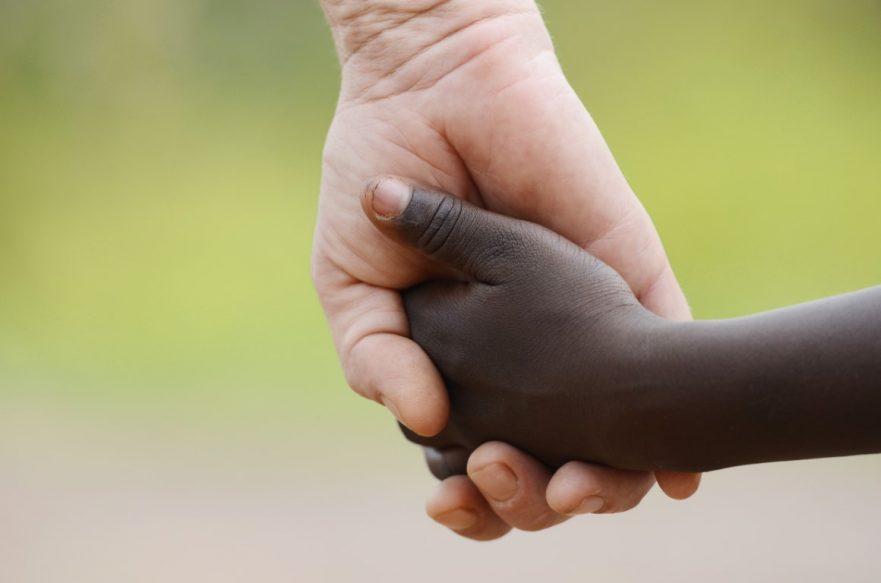 This Friday at 7pm Mountain time, I will host a Facebook Live interview with some of our dynamic field leaders in India (TUNE IN @WeIgniteNations). The topic will be social justice and anti-trafficking. So I thought for my blog post this week, to provide a brief excerpt from the first chapter of my book, Treasures in Dark Places…

. . . Having decided the light-skinned creature was in fact human, and discovering I could even manage a few words of Hindi, Priya and Arjun had overcome their bashfulness. One on my left and one on my right, they gripped and caressed my hands. Shining brighter than the stars, their eyes shamelessly stared into my face.

“Auntie how long you stay in India?”
“Auntie, what is America like?”
“Auntie, teach me English!” Children in India respectfully address older girls or women “auntie.”

I told them of America but avoided describing our plush houses, smooth roads, glitzy malls, technological wonders or material comforts lest they feel deprived.

While I taught them phrases in English, a cry of sadness rose up in my heart. Behind their eyes so full of life and hope, malnutrition lurked. If my gut was hurting from bacteria, theirs was hurting from cold, hard hunger. Their father’s inability to afford a private school was obvious. Standards of education in the rural public schools were dismal. “Outcaste” Dalit children such as these, shunned by those of “higher birth,” faced mistreatment and discrimination. Without an education, their lives would be forced to recycle another generation of subsistence-level endurance of a harsh existence that daily challenged their will to live.

For now their tender age and innocence shielded them from such weighty thoughts. Nimble as deer they negotiated gullies and hopped over bushes as we walked. Feet full of hope, hearts full of expectation – optimism that would soon be worn to despair by the stranglehold of a suppressive reality. Ardently trotting beside my rugged leather sport sandals, their dusty feet in broken plastic flip-flops would likely travel no further than the nearby town.

Their little hands, already roughened from living in a world of dirt and rocks, would have no chance to operate a computer or turn the key of a motorized vehicle. They would exist on lentils and rice, plagued by constant hunger pains and hunted by disease. They would pass their days in a narrow and primitive world, living in mud or thatch shacks and laboring in the field to eke out an existence, chained to poverty by debt and by a cruel system that views suffering as well-deserved penance for sins in a former life.

I longed to give these children three nutritious meals a day, and a good education including their dream of learning English. I longed to set them up for a bright future. And how many more similar to them or in far worse conditions? At least these children had two parents who loved them. Others didn’t. 200 million people in spiritual and physical slavery. 75 million of them children, and of those 30 million destitute, orphaned or at risk of abuse. Their rescue and freedom was why I had come.

But now that I was here, what was I to do? At least tonight, this village would learn of Jesus’ love. A few would turn to him. Tonight, some would be rescued from the spiritual chains. The point at which deliverance must begin was spiritual transformation. Afterward and along with it would come the physical, educational and economic.

Priya’s gaze still searched me and her hand still gripped mine. I squeezed it back but dared not look into her eyes or she would have seen tears in mine. Their faces blended with the face of the maimed beggar girl. The thought of their bleak future threatened to crush my heart. I too was once six years old. I was also the daughter of low income parents. But I grew up in America. I had access to education, and was born in a land of reasonable justice where everyone willing to work hard could come up in life. Not so an Indian child born into the same situation. A girl child whose father had abandoned the family, or whose mother had died, was likely to follow in the footsteps of the wretched girl I had seen hours ago, whose death-like gaze still tormented my soul.

Throughout my quarter century of life Mystery had been preparing its charge for this embarking. But now as I walked on under the vast canopy of stars with the children’s hands clutching mine as if I embodied the fulfillment of their impossible dreams, I felt altogether impotent and helpless. The light in this rag-clad six year old’s eyes would only shine for a few more years until the reality of suffering wiped out her hope. How long before I could give her a better future?

Social justice is a big issue in our world today, with a resurgence most recently in the US. Human trafficking along with other forms of violence and terrorism, haunt our streets and our places of business. While racial discrimination is systemic in many nations, arguments broil in others about to what degree it persists. The young generation today faces incredible challenges. They are barraged with the devastating identity-killer of gender confusion and every form of sexual perversion. They are ill equipped to recognize the dangers as a resurgence of failed political ideologies wrapped in deceptive packaging are presented as saviors from imagined or grossly exaggerated evils.

While some nations dispute whether they have a social justice problem or not, people in nations like India KNOW they have a problem. In the Judeo-Christian-heritage nations, anyone who is willing to work can achieve middle-class. Anyone who will refuse to be the slave of victim mentality, entitlement mentality, drugs and crime, can experience the benefits of free enterprise and equal rights. Not so in nations which still labor to emerge from Marxist ideas and regimes governed by anti-Christ religious extremists. There, like the village children who clutched my hands, opportunity belongs only to the privileged… those having money or social power.

Jesus came that all people everywhere may have “Life, and life more abundantly.” (Jn 10:10) My passion, and the vision of We Ignite Nations (WIN), is to facilitate people, communities and nations to enter that place where they can experience God’s highest will – whole-person deliverance! Spiritual deliverance, and also deliverance into a life of sufficiency, purpose and joy. Little hands rough with toil can learn to use a mouse and keyboard. Then they will end the vicious cycle of oppression. YOU can make a difference for kids like Priya and Arjun. Follow WIN on Facebook! Check out our Blog! And become part of the WIN Team!