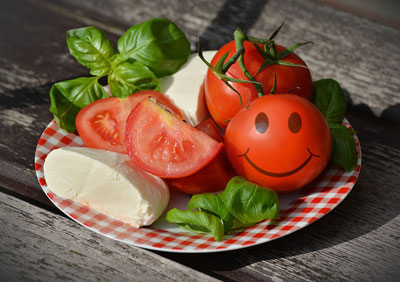 “I want so badly to see God heal someone or to see a demon cast out,” said the pastor with whom I was riding to a meeting. His marketplace career had been that of a policeman. Present at the scene of two major terror attacks in his city, this gentleman had faced down some of the worst human depravity combined with demonic activity. However in his fifty-some years serving in his denomination in various leadership roles and now as the associate pastor, he had not once found opportunity to explore the possibility that the things which occurred in the Book of Acts might actually happen today as well.

“Does God do those things today?” he inquired. I encouraged him to come hang out with TellAsia’s leaders in India, where his question will receive a resounding, openly demonstrated and living “YES, God heals and delivers from demons today!”

It’s a sad fact that a Christian can serve his or her entire life in many of our churches and denominations and yet be shielded from the reality of God’s miraculous and powerful workings. This can be largely attributed to two mistakes that Christians have repeated throughout history into our modern era:

Excessive Moral Liberalism grants license to do things which Scripture clearly shows us are contrary to the character of God. “What would Jesus do” takes second place to a pious-ized version of “If it feels good do it.” It embraces the cross that Jesus carried by which we are saved but hesitates to embrace the cross that we are to carry by which we are sanctified.

Another version I call Excessive Spiritual Liberalism. It over-emphasizes experiences, feelings, miracles and spiritual manifestations while insufficiently emphasizing their purpose. It goes too light on Biblical teaching, obedience to the Word, character development and spiritual fruit while focusing primarily on personal needs, prosperity and spiritual gifts.

However, Excessive Spiritual Liberalism is just an over-correction applied to centuries of Excessive Legalism. For hundreds of years the living, active speaking and working of God through His Holy Spirit were all but lost to Christian praxis. After the first apostles and the New Testament era, the Church spiraled gradually into rote ritual, rigid hierarchy and dead religion. During the latter Middle Ages (circa 1200-1500 AD), Legalists promoting various extremes or corruptions of “orthodoxy” went so far as to immolate, dismember or otherwise torture to death those whose doctrine didn’t fit inside their rigid and usually corrupt theological box.

While Judeo-Christian cultures today have left behind outright acts of barbarism, the Spiritual Liberalist and Spiritual Legalist stand no less at odds. Both in their zeal for God and certainty that their way is best, inadvertently engage in idolatry: The Legalist makes the written Word, the Scriptures, his god. The Spiritual Liberal makes Holy Spirit manifestations his god. Neither is correct theology. Both are out of balance. Jesus gave us the true path when He declared “true worshippers worship God in Spirit and in truth.” Jn 4:23. Both ruach and logos – both the life of the Spirit and the truth of the Word – are necessary.

Spiritual Liberalism has discovered something precious and long lost to Spiritual Legalism. Depravation has a tendency to elicit excessive craving and lack of restraint. A man dying of thirst doesn’t wait patiently for someone to bring a cup so he can modestly dip water from a pool and drink like a proper human. Instead, he hurls himself headlong into the water, drenching his shirt, immersing his head. He doesn’t stop to consider whose pool it is or whether rocks below the surface will cut his feet. He cares not what people standing by may think of him. Diving in without restraint, he imbibes the life-giving fluid, and only later, once revived, considers his whereabouts and other things which under the circumstances, seem to him of lesser importance.

However seeing the excesses, Spiritual Legalism fortifies itself from Spiritual Liberalism, viewing it as dangerous and border-line heretical. Excessive Spiritual Liberalism is why my pastor friend’s denomination has never exposed him to or encouraged him to explore the power of the Holy Spirit. Having seen too many spiritual excesses, his denomination has sadly believed the lie that such things are not Biblical today. Having seen the misuse of spiritual freedom, his denomination has anathemized it… or at the least canonized a doctrine which mistrusts anything that appears to move in that direction.

To clarify, I offer two illustrations:

In the latter 1700s in Europe, tomatoes were thought deadly, especially for the well-to-do. After eating them, many fell ill and died. So tomatoes were called “poison apples” and shunned as a dangerous toxin. Eventually it was discovered that the pewter plates on which the wealthy ate were high in lead content. The lead reacted with the acidic juices of the tomato resulting in lead poisoning. Today few people know that the tomato was mistakenly believed poisonous for nearly 200 years. We laugh at the thought as we slice a plump Better Boy for our BLT or lavish Cherry Tomatoes onto our salad or squish Roma Tomatoes to make sauce or salsa. 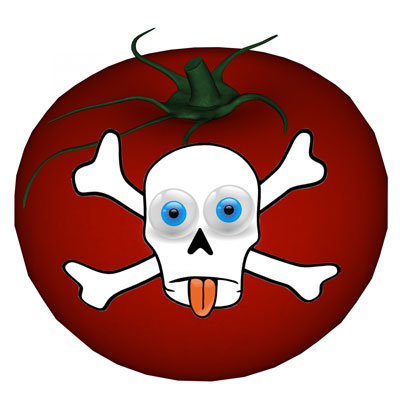 An even more vivid illustration: Without oxygen, life cannot exist. The moon and Mars support neither flora nor fauna because there is little or no oxygen. These and other planets are desolate wastelands swept by vicious storms and battered by meteors. Hold your breath and see how long before you gasp for air…. That’s how long you can live without oxygen! Both drowning and suffocation are death by lack of oxygen. Both heart attack and stroke are the result of the heart or the brain being deprived of oxygen. How would you like to eat raw chicken for dinner, or freeze in winter? Without oxygen, fire would not exist. Neither would cars or planes, as engines require oxygen to burn fuel.

So oxygen is good and essential for life. But pure oxygen inappropriately administered is harmful to the human body. Medical oxygen tanks carry warning stickers such as “No smoking! No open flame!” because, if mishandled, oxygen can be dangerous.

The rediscovery of Biblical concepts of Spiritual life such as prophecy, healing, miracles, and many other ways in which God speaks and acts today, are good. Not only are these things good, they are essential to practical Christian life. They were the norm in New Testament life and are intended to be an integral part of our lives today. It is a tragedy that because of the occasional highly publicized excess, misuse or toxic mixture, some have declared them poisonous or to be avoided.

COME TO THE BALANCE, EMBARK ON THE ADVENTURE!

As in most areas of life, excess is not beneficial and misuse of good things can cause harm. But that doesn’t mean we should banish those things. Rather we should learn to use them correctly. Food and oxygen are necessary to life. Just because some people misuse them doesn’t make them bad. To ban good things on account of someone else’s misuse of them would be both foolish and deadly. Instead of calling the tomato poisonous, we need to simply not eat it on a pewter plate. It is the plate we should throw out, not the tomato. Likewise, the power and present reality of God through His Spirit is not the problem. Those who mix it with human pride or use it for personal gain should be identified and corrected. But the vast majority who steward the life of the Spirit according to Biblical principles should be commended, and the treasure they have discovered should be taught beginning with its Biblical basis.

Let us depart from the folly of Excessive Spiritual Liberalism and Excessive Spiritual Legalism. Let us not allow the Bible or Holy Spirit manifestations to become an idol. Instead, let us find the balance. Let us explore the reality of the Spirit and open our hearts and minds to the Biblical, Scriptural manifestation and experience of God’s power today, while having the wisdom to know that all good things must be properly stewarded.

So go have a salad, and add plenty of those lovely tomatoes!

Holding fast to the written Word as the final authority by which all spiritual experience is guided, let us boldly delve into the unknown potential of God’s power and expect Him to do everything He did in the book of Acts and more!