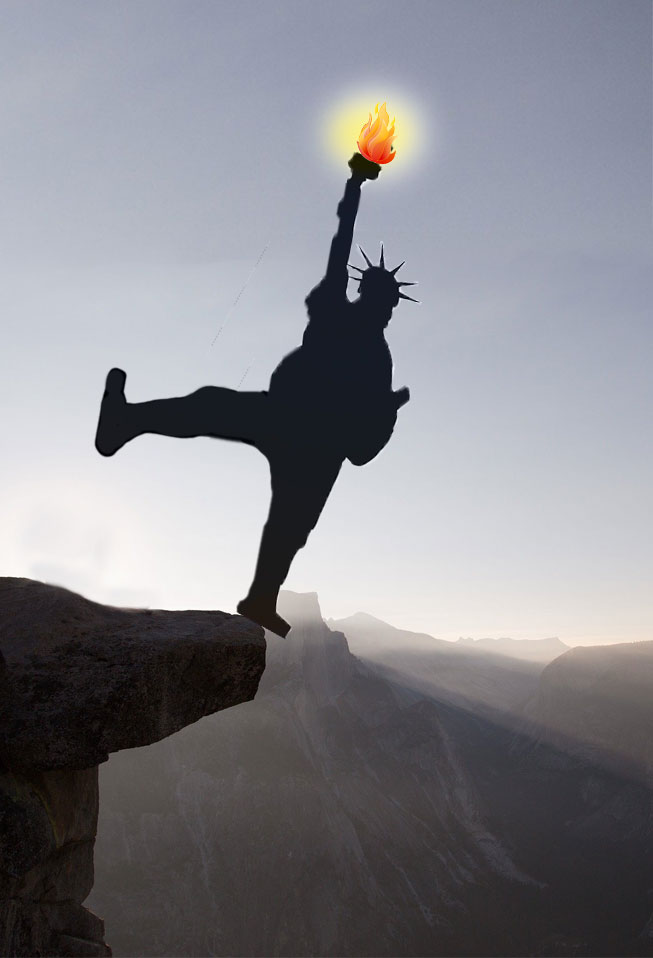 For too long followers of Christ have chanted “this world is not my home” and sat on a hill waiting for Jesus to return. We thought ourselves good citizens of heaven “separated” from what we were trained to view as ungodly “Babylon.” I was one of them. But we have misunderstood these Scripture passages and wrongly applied them to the detriment of the very commandment and commission that Christ gave us – to “love your neighbor as yourself” and to “make disciples of nations.” Nations are made up of ethnos – groups of people. Where the ethnos go so goes their nation, and the fate of a nation affects its ethnos, its people in all their diverse groups. Who the ethnos elect to govern their nation MATTERS. Just look at every ruined nation and its decimated or misery-ridden ethnos – from the Roman Caligula to Joseph Stalin, Hitler, North Korea, the Islamic world, and more recently Venezuela.

The other day I heard a Christian leader in South Africa lamenting that the current government of the nation has slipped back into gross mismanagement, losing a great deal of the gains made under Nelson Mandela. May we not follow their lead.

Nations matter to God. Just look at Israel. Who becomes a nation’s “king” is important. It matters to the citizens, and it matters to the Gospel. The direction taken by a nation as powerful as America matters immensely – not only to its own people, but to the world.

But right now, America is teetering on the brink. We waver between life and death. Literally.

For eight years prior to 2016 ISIS and other Islamic terrorist groups were a constant threat globally, wreaking havoc and desecrating entire populations. It appeared that nobody – not even the US – could quell their evil influence. But since 2016 we haven’t heard of ISIS much at all. Why?

A friend of mine, a US citizen who at that time was in Iraq employed by the Iraqi government, had first-hand information. Prior to 2016, the Obama Administration restricted our US military. They were not given the freedom they needed to stop this global threat. But our current administration released them to do their job and they took out the main ISIS kingpins! Of course you didn’t hear much about it because our media has been taken captive to the agenda of darkness.

THE LOSS OF FREEDOM

How about the censorship happening on social media? I have personal friends whose voices are being silenced because their message is considered too dangerous to the agenda of the “other side.” Meanwhile Antifa and BLM’s actual open unapologetic physical destruction and violence, turning American cities into a war zone, are permitted (Do not blame that on Trump; It is the responsibility of the states, not the Fed, to deal with state issues).

Some people cry “freedom” but actually mean “freedom to draw entitlements by leaching off of taxpayers” and “freedom to come into this country illegally and still become a citizen or to get benefits” etc. That isn’t freedom. That is socialism.

Socialism has failed before on every front. It leads to poverty, bread lines, indoctrination, and the loss of true freedom. Arguments that the Netherlands are an example of successful socialism are false. Those nations are capitalistic at the core. Marxism, the core of socialism and communism, slaughtered millions. However true freedom – the freedom to speak one’s mind, the freedom to believe as one wishes, the freedom to make money or to be unwise with one’s resources, and the freedom to exercise generosity and compassion, are what gives birth to greatness in a nation and in a people.

True freedom doesn’t operate from a fear-based demand to stop using the resources God gave this world. Instead, it calls for responsible stewardship which includes enjoying but managing all natural resources – including “black gold.”

Who remembers Orwell’s 1984? Our Thought Police are already at work. They are called CNN et. all and social media censorship. The “big man” is the pawn of Big Brother – an open doorway to all things anti-freedom, anti-Biblical and anti-life. A good warning sign was the removal of “under God” when participants in the DNC said the Pledge. If they will change the pledge, they will also change the constitution.

Whomever blesses Israel will be blessed. Who is in leadership of the United States makes a big impact on how Israel is treated and honored….or dishonored. Israel is and always will be special in the heart of God. Our current administration first made a powerful statement in honor of Israel by moving the US Embassy to Jerusalem. Then the same leadership facilitated the signing of a historic peace pact between Israel and the United Arab Emirates. I understand that nothing like this has happened in 40 years! This was HISTORIC.

Nobody is talking about it on media, because the agenda of darkness wants to destroy Israel. To the extent that our elected officials dishonor Israel and bow to the sheik of Israel’s (and our) enemies, to that extent we will also suffer the disfavor of divine Providence.

911 was an opportunity to repent. We didn’t. The same politicians who permit radical rioters – a form of terrorism – to destroy our streets, will also not secure our nation against radical terrorists whose slogan is “death to America.”

Though I could continue and talk about other topics that relate to this upcoming election, I will transition to my final point:

MY BODY, MY CHOICE

The main premise upon which pro-choice stands is bogus. Here is only one simple reason: Put your hand on your chest. Do you have a heartbeat? Yes? I hope so, otherwise you’re dead or hopefully being whisked to the ER. Do you have two heartbeats? No? Of course not, because every human being has only one heart, not two. If there are two heartbeats inside one human being, then only one conclusion can be drawn; THERE IS ANOTHER HUMAN BEING INSIDE HER.

An unborn baby’s heart begins to beat at 3 weeks 1 day. A fetus is a human being and to tke his or her life is murder.

“My body, my choice” ENDS at conception.

How many tiny heartbeats have we snuffed out in the name of “family planning?” I do not refer to those very few abortions which are performed due to legitimate medical complications to save the life of the mother. I’m talking about the vast majority which are unnecessary “CONVENIENCE” abortions.

Statistics on this topic are very hard to find. Cyberspace states, “This many abortions in 2014” or “This many fewer abortions in 2015 than last year” but nobody wants to declare the actual totals – not the CDC and certainly not the news media. Even more suspicious, after an hour of searching I still could not find a statistic of number of abortions in 2018 and 2019. The openly published statistics are OLD. Hmm. I smell a rat and it is not cyber censorship at it again, one of many manifestations of 21st century digital Newspeak…

So here you go:

It should horrify us that according to one source, we have violently killed no fewer than 1.5 BILLION of our own offspring. That is almost 20% of all the people alive today!

It should cause us to tremble to think that over 18% of pregnancies end in abortion. Another source suggests a higher number – one in four. That’s 1/4th of the human race being murdered.

Black babies are five times more likely to be aborted than white. When we say “black lives matter,” we should especially recognize that black BABIES’ lives matter… and we should take practical steps to provide supportive environments for unwed black mothers along with counsel that would help them choose to have their baby.

And here’s something nobody talks about: The trauma, shame, grief and depression that many women suffer their whole lives after undergoing an abortion. Part of her dies with her aborted baby.

November 3rd will also decide the fate of millions of unborn babies.

America is on the brink. We can choose the leaders who align with the Judeo-Christian values of the Bible – truths which have proven to form the basis of human thriving… or we can fail to learn from history, reuse God’s Cyrus because of a few crass tweets and allow our nation to go the way of other great empires that were conquered by their own vices.